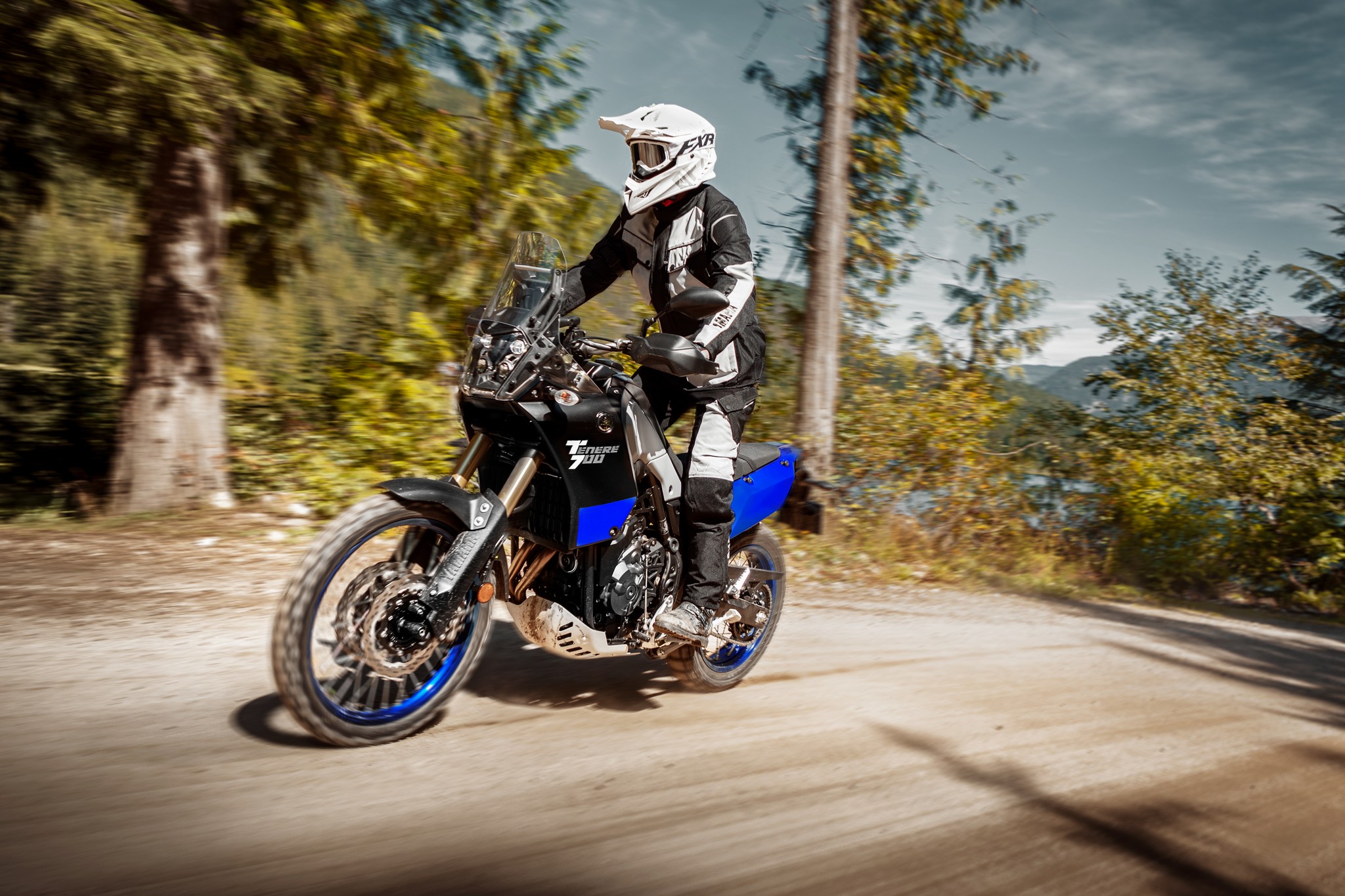 Check out our ever-expanding collection of Japanese motorcycle brands, logos, and profiles. Missing a brand? Let us know!

Every Japanese Motorcycle Brand, Manufacturer, & Aftermarket Tuner We Could Find

Japanese motorcycles are globally renowned for their reliability, incredible performance, and ever-improving fuel economy. Indeed, motorcycles from Honda, Kawasaki, Suzuki, and Yamaha routinely make the “top lists” and “best of” posts on every motorcycle blog and printed magazine.

We consider this list “complete for now”, but it will never be finished. If you are or know of a Japanese motorcycle brand – whether that’s manufacturer or significant tuner – please get in touch so we can add you to this list.

Please let us know if we have missed anything or if any information is incorrect – we want our motorcycle brand section to be a rich resource of information for enthusiasts everywhere! 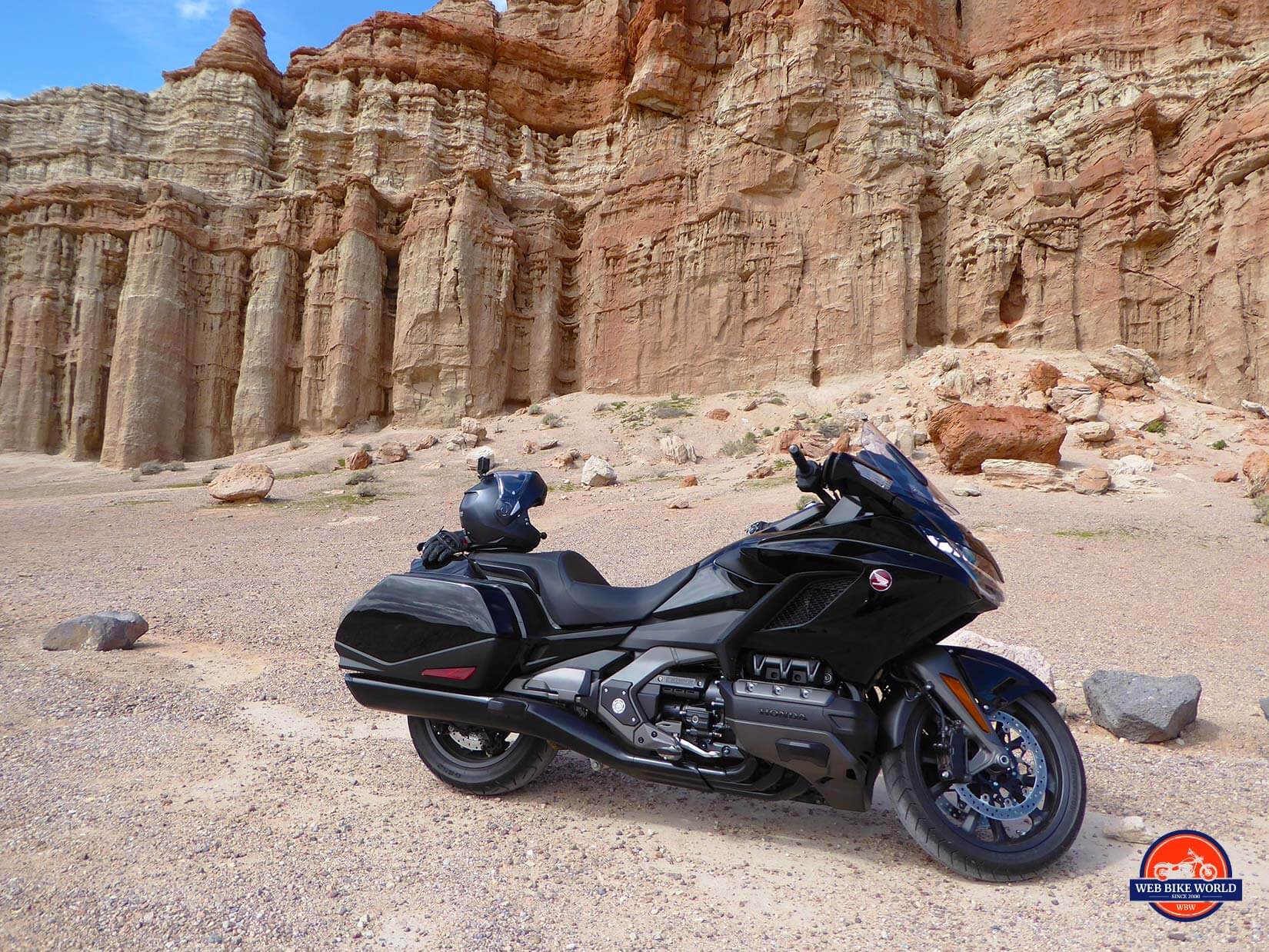 The largest of all Japanese motorcycle manufacturers, Honda’s machines define numerous segments. Whether it’s the venerable Goldwing or the infamous CBR600RR, there’s a Honda motorcycle in a garage near you.

Kawasaki’s first mass-production motorcycle hit the scene in 1953, and they’ve been a two-wheeled powerhouse ever since. From the new-rider-favorite Ninja 650 to the monstrous Ninja H2 SX SE+, Kawasaki produces some of the most sought-after (and chased) motorcycles on the road today.

There’s truly a Suzuki for everyone: some enjoy the insane power of machines like the all-new Katana or GSX-R1000R, but for the more relaxed (sane) of us, you can enjoy segment-leaders such as the SV650 or Boulevard C50T.

You name it, Yamaha builds it: boat engines, automotive engines, musical instruments, and yes, motorcycles. Known as the bikes you can’t break, Yamaha’s legacy as thoroughbred sports and touring motorcycles was earned on the backs of legendary bikes like the R6 and the 0ff-road XT250. 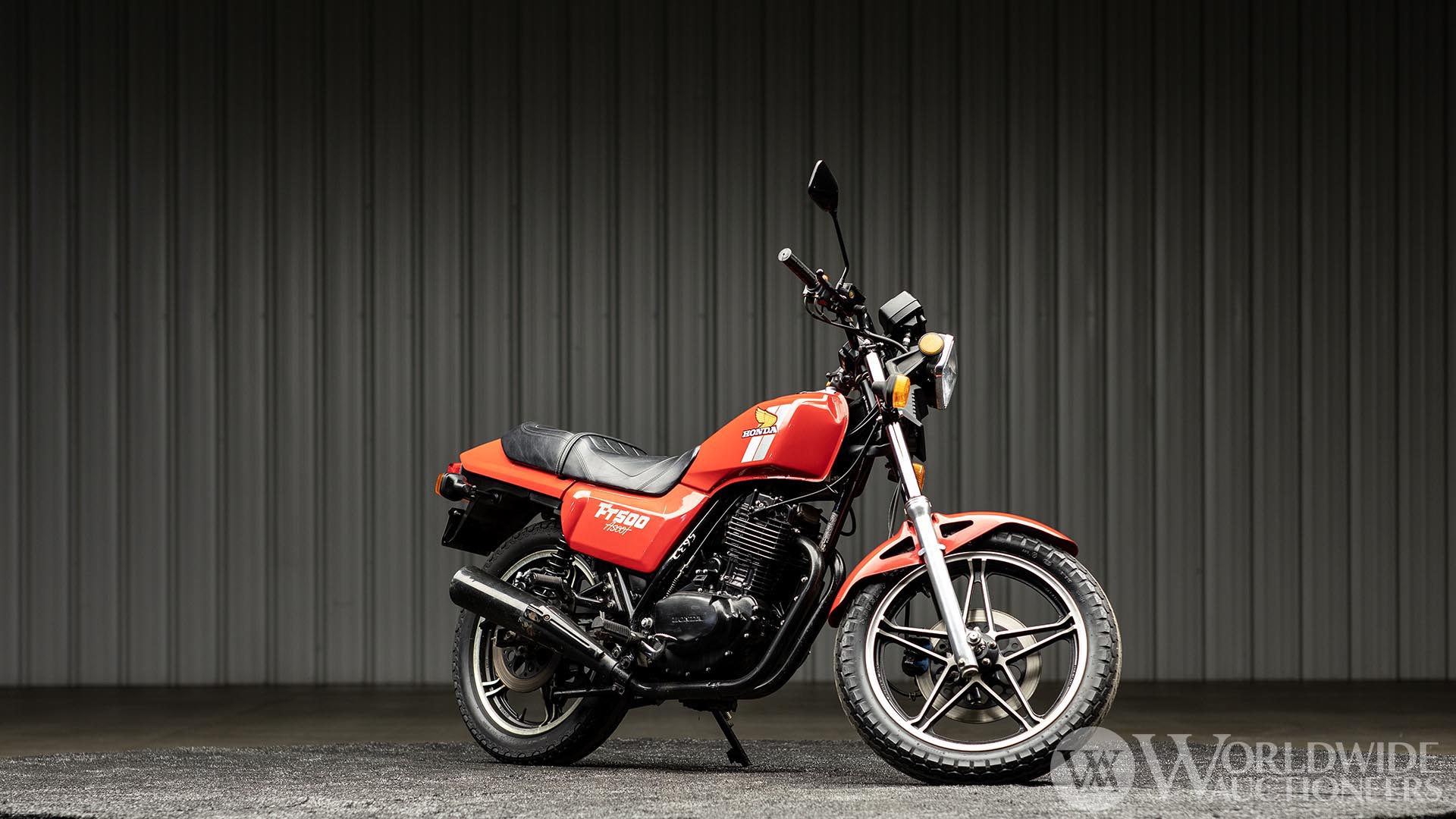 Abe-Star was a Japanese motorcycle manufacturer. The company was known for the Abe-Star motorcycle which they built between 1951 and 1958. The top model was a 148cc four-stroke engine with the company’s own overhead valve engine.

Honda is the largest motorcycle manufacturer in Japan and has been since it started production in 1955. At its peak in 1982, Honda manufactured almost three million motorcycles annually. By 2006 this figure had reduced to around 550,000 but was still higher than its three domestic competitors. In 2017, India became the largest motorcycle market of Honda. In India, Honda is leading in the scooters segment, with 59 percent market share.

Hodaka was a joint Japanese and American company that manufactured motorcycles from 1964 to 1978. Close to 150,000 motorcycles were produced within that time. Prior to 1964 Hodaka made engines for the Yamaguchi motorcycle brand. Starting to manufacture complete motorcycles in 1964, Hodaka/PABATCO is credited by some with starting the trail bike craze in the United States.

Jincheng Suzuki is a joint Sino-Japanese producer of motorcycles and scooters founded in 1994 and headquartered in Nanjing. It is a joint venture between Suzuki and Nanjing Jincheng Machinery. The company claims output of 3,000 units per month, making it the first-place exporter and foreign-currency earner in the Chinese motorcycle industry.

KR Motors Co. Ltd. is a South Korean motorcycle manufacturer. Founded in 1978 as a division of the Hyosung Group of industries, Hyosung began producing Japanese Suzuki motorcycle designs under license for the South Korean market in Changwon, South Korea in 1979. In 1986, they established their own research and development center in Hamamatsu, Japan, and the next year, they began mass production of their own designs. They were the official motorcycle supplier for the 1988 Summer Olympics in Seoul. Recently, KR Motors has expanded from its traditional business of simple and efficient bikes for commuting into the recreational market.

*not Japanese, but produced Japanese designs under license so include with this technicality.

Kawasaki Heavy Industries Motorcycle & Engine is the motorcycle division of Kawasaki. Kawasaki motorcycles are manufactured at plants in Japan, Michigan, Philippines, India, Indonesia, Bangladesh and Thailand. Kawasaki first started developing a motorcycle engine in 1949. The development was completed in 1952 and mass production started in 1953. The engine was an air-cooled, 148 cc, OHV, four-stroke single cylinder with a maximum power of 4 PS (2.9 kW; 3.9 hp) at 4,000 rpm. In 1954, the first complete Kawasaki Motorcycle was produced under the name of Meihatsu, a subsidiary of Kawasaki Aircraft.

Marusho Motor Co., Ltd. was a company that manufactured motorcycles from 1948 to 1967. The company’s Lilac model motorcycle was recognized by the Society of Automotive Engineers of Japan (in Japanese), who include the 1950 Marusho Lilac ML as one of their 240 Landmarks of Japanese Automotive Technology. The company produced shaft driven models like the Lilac, and showcased its technical prowess to the world in the Mount Asama Volcano Race, competing well against the likes of Honda, Meguro, Yamaha, and Suzuki.

Meguro motorcycles were built by Meguro Manufacturing Co motorcycle works, founded by Hobuji Murato and a high-ranking naval officer, Takaji Suzuki, in 1937. One of the first Japanese motorcycle companies, it became a partner of Kawasaki Heavy Industries Ltd, and was eventually absorbed. Once a prestige brand, supplying the Japanese government with military and police motorcycles, and racing alongside Honda, Meguro became bankrupt after launching a range of lightweight motorcycles which sold poorly, and experiencing a yearlong labor strike.

The Mitsubishi Silver Pigeon is a series of scooters made in Japan by Mitsubishi between 1946 and 1963. The first was the C-10, based on a scooter imported from the United States by Koujiro Maruyama, which began production at the Nagoya Machinery Works of Mitsubishi Heavy Industries. The Silver Pigeon proved sufficiently successful to remain in production for almost twenty years. MotorCyclist magazine voted it “best in styling” for three consecutive years in the 1950s, a decade after its introduction, while from 1950 to 1964 it maintained an average 45 percent share of the domestic scooter market.

Miyata is a Japanese manufacturer of bicycles, unicycles, and fire extinguishers. The company has been in operation since 1890. Miyata was also one of the first producers of motorcycles in Japan under the name Asahi. The Asahi AA was the first mass-produced motorcycle in Japan.

Pak Suzuki Motor Company (PSMCL) is a Pakistani automobile company which is a subsidiary of Japanese automaker Suzuki. It is the Pakistani assembler and distributor of cars and motorcycles manufactured by Suzuki and its subsidiaries and foreign divisions. Currently Pak Suzuki is the largest car assembler in Pakistan.

Rikuo Internal Combustion Company was one of the first motorcycle manufacturing companies in Japan. In the early 1930s Rikuo operated under the license and name of Harley-Davidson, using their tooling, and later under the name Rikuo until 1958. Harley-Davidson themselves did not publicize this Japanese connection because the Japanese were helped in developing mass-production techniques by the introduction of this factory into Japan just prior to the Second World War. The Society of Automotive Engineers of Japan (in Japanese) rates the 1935 Rikuo Large Motorcycle as one of their 240 Landmarks of Japanese Automotive Technology.

Suzuki Motorcycle India, Private Limited (SMI) is the wholly-owned Indian subsidiary of Suzuki, Japan. It was the third Suzuki automotive venture in India, after TVS Suzuki (1982–2001) and Maruti Suzuki (1982). In 1982, the joint-venture between Suzuki Motor Corporation and TVS Motor Company incorporated and started production of two wheelers in India. In 2001, after separating ways with TVS motor company, the company was re-entered as Suzuki Motorcycle India, Private Limited (SMI), in 2006. The company has set up a manufacturing facility at Gurgaon, Haryana with an annual capacity of 5,40,000 units.

PT Suzuki Indomobil Motor is a joint venture between Suzuki Motor Corporation and the Indomobil Group. The company is located in Jakarta, Indonesia and specialized in manufacturing Suzuki vehicles for the local market. Suzuki has done its first activities on the Indonesian market in 1970 about its import firm PT. Indohero Steel & Engineering Company. Six years later they built the manufacturing facility in Jakarta which is the oldest part of the Indomobil Group.

Their first product was the ST20 Carry (introduced in 1978), it saw extensive use as an Angkot. Nicknamed “Turungtung”, it was built until at least 1983.

Tohatsu Corporation is a Japanese company manufacturing and selling outboard motors, pleasure boats, portable fire pumps, small fire trucks, pumps for construction and drainage, and refrigeration units for transportation. In 1950, production and sales of motorcycles began. 1955 brought aggressive growth to Tohatsu. Capital increased to 150 million yen and production on a new line of engines started. Sales offices were established in Fukuoka, Nagoya, Tokyo, Sendai and Sapporo. Dealerships were set up throughout Japan. In the mid-1950s, the company held the top market share, with 22 percent of the Japanese motorbike market. They also manufactured racing motorcycles and achieved success in Japan and abroad. Financial problems led to the discontinuation of Tohatsu motorcycle production in 1964.

Yamaha Motor Company Limited is a Japanese manufacturer of motorcycles, marine products such as boats and outboard motors, and other motorized products. The motorcycle division of Yamaha was founded in 1955, and was headed by Genichi Kawakami. Yamaha’s initial product was a 125 cc (7.6 cu in) two-cycle, single cylinder motorcycle, the YA-1, which was a copy of the German DKW RT 125. The YA-1 was a competitive success at racing from the beginning, winning not only the 125cc class in the Mt. Fuji Ascent, but also sweeping the podium with first, second and third place in the All Japan Autobike Endurance Road Race that same year. Early success in racing set the tone for Yamaha, as competition in many varieties of motorcycle racing has been a key endeavor of the company throughout its history, often fueled by a strong rivalry with Honda and other Japanese manufacturers.