The Dreams – Part 4 of Living in a Hut

The woman had trouble sleeping, so each night brought little rest. Dreams would assault her in her sleep.  But, these dreams were not from God. As an antagonistic backlash from the demonic realm, fear of every sort crept into her sleep through dreams. These dreams, without ceasing, tried to convince her that God could not be trusted and should not be trusted. It was the Garden of Eden question all over again – “Has God really said?” 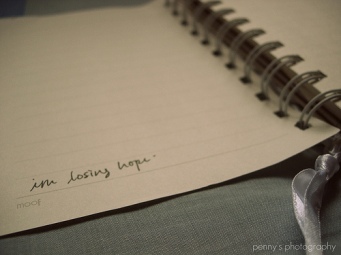 Fear in the Chase Dream

She was running through a forest, running from something evil that was chasing her. Its presence could be sensed all around her even though she could not see it in any way. Running running running and completely out of breath. Thoughts rushed through her mind. Where to go to escape this? How to wake up? What to do?

Out of breath, she tried to find some type of shelter to hide from that which was chasing her. In the distance stood a house. It was her only course of action to escape what was behind her. She kept running. Faster and faster.

She ran up to the house and practically knocked the door down to get inside. Trying to catch her breath, fear consumed her as she frantically looked throughout the house for shelter. She kept calling out to God to help her. It was so dark all around her in the house, so very very dark.

The cries from that which was chasing her got closer and closer. She finally opened a door to a closet and hid. She crouched on the floor and she could hear the sound of their shrieks coming closer and closer. They were in the house. They were coming down the hall. Suddenly, this evil presence was right outside her door. Then…………..she woke up.

The dreams were so real, so vivid that she jumped up in her bed very quickly. There were then brief moments when she kept looking around trying to figure out what was happening and where she was. Gathering her thoughts, she had to reassure herself that God is able, is faithful, loves her, and is for her and not against her. This self-talk prevented total fear from consuming her. But did she really believe it? Until she believed it, the enemy would simply have an upper hand in her life to consistently torment her with a simple question over and over. “Has God really said?” She would again sit in the silence thinking about what just happened. Trying to figure out what was going on, she realized that she felt hopeless in her life to change anything or to make anything happen. Each dream seemed to represent some element of fear or loss.

There was the dream where she was falling from the top of a building. Waking up right before she hit the ground, she was out of breath and fearful. There was the dream where she was trying to cry out for help but was basically paralyzed and could not speak in any way, even to call out for God. Through it all and in every dream it was evident that in losing hope, she was losing her way. The dreams showed that clearly. In not trusting God, she was giving place to the enemy to basically interject fear in her life.

The dreams all came to an end at some point. The sun rose each morning and night would give way to day but the fear within her persisted. She tried to ignore it many times thinking she could get herself out of this situation. She still did not realize the greatest truth of all. Perfect love alone drives out fear. God was not interested in giving her identity, or ministry or something to do. He wanted to give her Himself. But somehow this was not getting through to her, yet as being the most important thing in her Christian life. Her vision was terribly myopic and hope caused her to lose focus.

When hopelessness and disappointment consume you, dreams within you often dissipate, wither and die. Days come and days go without any change at all in your life. At first, you carry a small seed of hope but then with each passing day, hope fades. The enemy loves to bring torment when hope fades.

Yet, the Word kept speaking to her loud and clear.

Proverbs 13:12 Hope deferred makes the heart sick, But when the desire comes, it is a tree of life.

She knew that without hope in a future there was nothing but a hopeless present and a failed past to focus on. Hope deferred makes the heart sick and her heart was sick. The problem, though, was that she was still trying to figure it out through comparison of her life to the lives of the palace people. As long as comparison was so prevalent she would never find the answer to her current reality of living in the hut. She so desperately wanted out of her current situation and even the dreams did not deter her resolve to find out what she was doing wrong to warrant her current condition.

Yet, the still small voice of God kept talking. He would not force His voice into any situation but kept talking to her with a surety and clarity of love and acceptance. Right now, fear drowned out the sweet stabilization of His voice and His presence. With each day, she only sank deeper and deeper into trying to make something happen. With each day, her focus drifted off of the One who loved her dearly.

There were many more lessons to learn on this journey and she proved to be a strong willed woman who would not bend easily. Yet God Himself was relentless and patient and kind and loving and understanding. He had all the time in the world to wait it out. She would return but there were more lessons in the journey and when her eyes were finally opened to see……………..well, I am getting ahead of myself right now. Back to the current situation in the hut.

One particular day after a restless night proved to be too much for the woman to handle. She had heard of a conference going on in the palace. So what to do?

“I will go,” she said. “Perhaps they will provide the answer to me in some way as to how to get back in favor with God. They are quite astute at hearing the voice of God and giving clear answers for problems. There must be something for me there. I have nowhere else to turn right now. Alone in this hut is unbearable for me. I simply can’t take it anymore. So I will go. It can’t hurt can it?”