Conflict and Tension – In The Light

The path between the hut and the Palace was not a great distance. But that short distance would expose the conflict and tension in the woman’s heart before she even crossed over the threshold into the Great Room of the Palace.

As she walked beside many other Palace enthusiasts, she was awestruck by the light that illuminated the Palace. It flowed outwards with a luminous glow, taking on the form of a river. This light, upon reaching the people walking forward, began to flow around them, engulfing each one individually into its brilliancy. In a continuous stream of movement, the light then began to form into a path under the feet of the people – a path into the Palace.

In the midst of the crowd, the woman sensed the power of the light and the presence of the Lord. One step at a time, she was magnetically pulled along into this flow of light, so great and so grand. Long before they ever crossed over the threshold into the Great Room of the Palace, the light impacted each one of the people. It seemed to have a life of its own and when the light began to reach them, people made a choice to flow with it, going forward. The light seemed too powerful to resist in any way.

Deep within the woman’s heart, even in a path of light, she felt an inner conflict or tension rising within her. The light did not obliterate this reality of tension and conflict. It only made her more aware of it. She simply did not understand what was going on within her. Her inner thoughts kept tugging on her heart, demanding her attention with each step towards the Palace doors.

“What’s going on with me? What’s holding me back from fully entering in to all of this? Why is my heart not totally engaged here? Why is everyone so at ease but me? What’s wrong with me?”

Her thoughts then began to rapidly explode within her in the form of more passionate questions.

“Why is the mystique of the Palace culture permeating Christianity all over the world? Why is it, wherever you travel, you are confronted with their influence? Are we all supposed to be grafted into their vision? Are we all cloned into their vision, their image? Is their room for creativity within the individual? What about me? Is the only choice I have at this time is to be part of the Palace or have nothing at all?”

Her questions could have gotten quite cynical because of her life in the mundane hut but she did not want to go that way. She could not deny the presence of the Lord as she walked toward the Palace. Yet, she kept wondering if His favor and His presence in the Palace would move them forth as a gigantic ocean of influence in where the Body of Christ was going? Yet she also could not avoid feeling somewhat uneasy about any one ministry gaining that much power and influence around the world. It just seemed to squelch creativity in the Body of Christ in many different ways. Tension, tension, and more tension arose in the very presence of light.

Her thoughts kept exploding and flowing within her.

“They go to every nation with their influence Lord. More books. More gatherings. It seems you can’t get away from them. Their momentum is unstoppable. Is this all there is Lord? Is….this….all there is?”

It appeared to her that you could not escape Palace influence anywhere on the planet. Flowing like a mighty river, they moved into numerous nations and influenced many different people. They had, indeed, developed into a Kingdom culture with their own language, their own cities, and always accompanied by their own government team of esteemed leaders. As they penetrated an area, they moved in with great momentum.

When sent into a new nation, people in that nation were quick to jump into the river of the Palace culture. The reputation of the Palace preceded them and people were hungry to be part of something, with somebody, going somewhere, doing something for God. Books were distributed into different languages influencing people on many levels and enforcing a new language of Palace culture in the nation.

Palace leaders were raised up from within and sent out in a growing momentum of Palace authority. The Palace people promoted their own so there was a continual stream of the same names on books and in gatherings. It seemed to the woman that in this momentum of favor and unity and power, there was great conformity to an iconic system that was penetrating the globe.

Was this what God really wanted? Iconic ministries that almost dominated the Christian landscape with great influence. She continued to think and began to actually shudder at the thought of being cloned or templated into a Palace person. If those walking beside her only knew what was going on within her – she shuddered to think that she would be exposed at any moment. 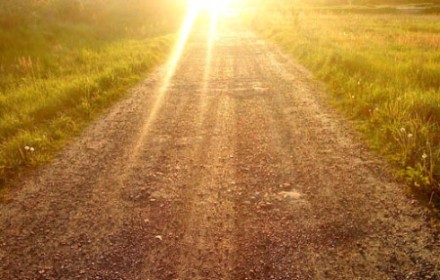 Still more questions within her arose in the light.

“Is this a monopoly? Are we all to be cloned into a form of someone else’s revelation or vision? I can’t. I won’t.” She said with a bit of defiance. “People love all of this. It’s easier this way. I simply can’t take it any more, Lord. I can’t. People chasing down current trends and new growing movements. Where is this growing? What about my vision? What about my dream that you gave me? Where do I fit? Where do I go?”

And the questions of conflict and tension did not stop yet.

“Is this really God’s favor? Or is it simply the fact that most people just want to hook into something somewhere to be part of somebody at some time rather than to find themselves in God, without props, without titles, without gatherings, without anything.”

She really could not be sure of anything at this point in her life. She only knew what she felt inside as she approached the Palace. Because of the basic mindset of many Christians, it was much easier to follow another movement or establish a Palace outpost than to actually seek the Lord as to their own calling and destiny.

“Isn’t that always what happens? She thought a bit cynically. “What’s the use? They hold a monopoly on Christianity along with many other mega-movements and iconic ministries.”

The tension within her was very clear. Perhaps many would not understand it but she also knew that many would understand it and felt the way that she did inside. . Here she was, in the light of the Palace, ready to glean from what the Palace offered but she could never, would never, lose her dream or compromise her vision of creativity.

Over the years, many questioned her, as she would express her feelings on this subject of a monopoly of monolithic ministries. They questioned as to why this bothered her. They asked her if she was jealous. They wondered what exactly was the harm of it all. If they could only see her now. Here, in the light flow, going towards the Palace doors.