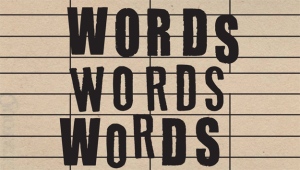 I have been known to be verbose. (Verbose = given to wordiness; using more words than necessary) Hey, it does not take a genius to notice some clear signs that you could be going on too much and for too long. Those wandering eyes looking around for a quick exit as I began to speak and speak and speak should have told me something. Or, that dazed look on the face of some of my family and friends as I could begin to speak and not know when to stop.

I am happy to say that I learned the fine art of repetition from my dad, the master of the game. His firm belief was to say it once and then say it again and again and again. He appeared to be immovable as I rolled my eyes, attempted to leave the room, or totally ignored him by looking at the clock. He just kept going on and on and on. Well, like every family tradition, someone has to pick up the mantle that is passed down to us. I picked it up.

Using excess words were my specialty in an attempt to qualify my belief in something, justify my position, or even to enlarge my own sense of entitlement in believing that I since I can speak, I should speak.

Then along comes Marvin, my husband of 38 years. What a guy! A strong Texan, who instinctively believes that you think before you speak and that you don’t interrupt anyone while they are speaking.

He married me, Debra, a loud Polish girl from Chicago. I believe that if there were not at least three conversations going on at one time, life was totally inadequate. After all, at our dinner table, there were constant interruptions and a myriad of different conversations. I learned to be part of at least 2 at one time. 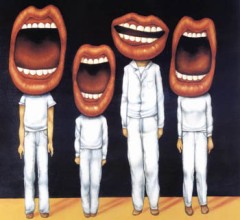 I can laugh at all of this now because it is all so true. But, I had to learn some basic lessons. One day this quote hit me. Quotes always hit me and never slide in easy to my life. They have to hit because I am probably talking too much. It said:

“Speak the truth, or say nothing at all.” Come Away My Beloved – Francis Roberts

Words hold power and anointing to change the atmosphere and to change lives. They can wound or heal. They can destroy or build up. They carry peace or can cause division. God took me on a journey to teach me in many different ways how to speak the truth or to be silent, thereby showing me how to restrain my tongue and to speak with wisdom, passion, even with confrontation.

Over the years, God began to take me on a journey of words – their power, their anointing, and their reality. I can’t cover all that I learned right here, right now. Yet, in those years God became my chief editor and I became the master of the rewrite and the revision. Saying something wrong, I had to go many times to ask someone’s forgiveness. Saying something foolish, I had to realize that fools speak without thinking. Saying too much at one time, I had to realize I did not have the right to come into every situation believing I was the only one with something to say. 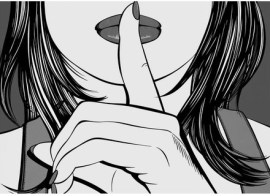 As a preacher, a writer, and a speaker, I have learned many lessons over the years. Here are a few:

I do not have a right to say everything I am thinking.

Excess words erode inner authority and drag you down into generalities that can constantly seek to justify, or qualify, or endlessly explain.

Silence is an art and I am learning when to speak and when to be silent.

Well, that’s a few thoughts for today. Let’s see. There are 662 words in this blog. That is a bit verbose BUT I did not say I have arrived at perfection. I am still in a learning curve.