Stephen had a clear, distinct sound come forth as he gazed upon Jesus Christ in glory. He spoke and His sound exalted the reality of a risen Savior. This sound was antagonistic to a religious Pharisaical mindset. They gnashed their teeth with furious frustration while stopping their ears, unable to listen to the sound of heaven.

When they heard these things they were cut to the heart, and they gnashed at him with their teeth. 55 But he, being full of the Holy Spirit, gazed into heaven and saw the glory of God, and Jesus standing at the right hand of God, 56 and said, “Look! I see the heavens opened and the Son of Man standing at the right hand of God!” 57 Then they cried out with a loud voice, stopped their ears, and ran at him with one accord; 58 and they cast him out of the city and stoned him. Acts 7:54-58 NKJV

“You stiff- necked and uncircumcised in heart and ears! You always resist the Holy Spirit; as your fathers did, so do you. 52 Which of the prophets did your fathers not persecute? And they killed those who foretold the coming of the Just One, of whom you now have become the betrayers and murderers, 53 who have received the law by the direction of angels and have not kept it (Acts 7:51-53 NKJV)

Then he lifted his eyes and saw the Lord. That enraged the religious system and contradicted their sound. The religious system in this time lived in an atmosphere that refused to truly SEE or to truly HEAR. These words came forth as light in the darkness. The darkness could not comprehend it and was enraged by it so it caused them to react by stopping their ears. They did not want to hear. They refused to hear. 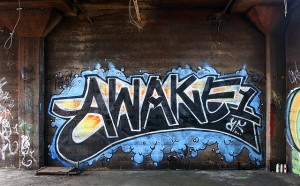 Let me bring this into today, into my own life, perhaps with a spiritual application. When speaking forth the marvelous freedom of grace in Christ, I confront the contradiction that exists within a religious sound. What does this sound do? Even today? It gnashes its teeth trying to defend its doctrinal position with accusatory words on social media. Then it gets worse. When the sound can’t be handled, it closes its ears and rushes forward to basically try to stop you and kill your voice through slander and opposition on all sides. Its goal is to kill or keep us silent. Yet, how can we not bring forth a sound that flows in the glory of Christ? In continually exploring, studying and praying through this grace message, I can only say, “Yes.”

As I continue to spend time in the Lord, studying Scripture, worship, and praying in the Spirit, I am not being tossed around by wave after wave of constant Christian noise. I don’t lose my focus on Christ in me. I discern the sound of love, grace, freedom, mercy, abundant life in Christ and so much more in everything I listen to in this time. Let us discern the sound of today. Listen carefully to hear whether it is bringing you life in the Spirit of death.

As I encountered a grace awakening over these past few years, after a long time being in the mix of everything charismatic, prophetic, experiential, I began to turn to solid teaching that would enhance my life in Christ in truth, in grace, in Good News, in life, in New Covenant. It was a new sound at first and I was a bit apprehensive as religion, even in the form of the charismatic or prophetic stuff, tried to stifle me and pull me back in various ways. I kept thinking, kept searching, and kept finding Jesus around every turn, in portions of Scripture that opened my eyes to see something fresh and new.

Is Jesus really that good? Yes.

What was I thinking all these years – performing for Him, trying to get His attention, trying to add on things to my salvation in order to grow in Christ?

Grace is solid, real, sure and true but let me say that it will confront contradictions within first and foremost with the purpose of revealing Jesus Christ in and through you. Along the way I read some great books and learned from some great people that you may be interested in at this time.

Andrew Farley – The Naked Gospel: The Truth You May Never Hear in Church

Andrew Farley – God Without Religion: Can It Really Be This Simple? 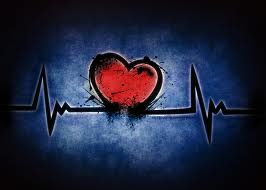 A variety of sounds cross a threshold into my life on a daily basis. God anoints me in Holy Spirit to hear sounds within sounds and the discernment to know what people are really saying behind a multitude of words. He teaches me to walk in humility and grace in this, knowing when to speak and when to be silent and listen. Just because God shows me something, it does not give me the right to speak. Lesson learned.

Moving in this vein, I listen to what people are saying, and then discern the root of what they are dealing with in their life. Once discerned, prayers manifest which display God’s power and healing into the person’s life. This is discernment on an individual level, person by person. All of us in Christ should be moving to some extent in this way. It is normal Christianity.

As God forms my voice and my sound, I see something else happening in my life. My ear is being attuned to discern a sound that is coming forth in a larger wavelength, across a wider spectrum of people – a corporate expression of Christianity today. Many are answering a question: “Who do you say that I am?” How do we see Jesus? How do our words actually flow from our heart in who Christ is? Does religion veil His reality, His preeminence from us, trying to keep us imprisoned to Christ out there? ? Or is grace awakening us to Christ in me? Big difference.

As I check Twitter and FB, I often see trends or patterns as new sounds emerge through writing, videos and images. These new sounds can be shallow and trendy, without substance or meaning. These sounds take flight; people hook up to them and pass them on, never truly experiencing the reality of what they are saying. Quite often they are immature birthed from a need for reputation and image.  They can also be sourced in anger, fear and frustration flowing from a religious spirit. A lot is being said out there.

New sounds merge with old sounds. Some die a quick death. Some hang on and are espoused as truth even though upon closer inspection they are error. Some even create a movement in and themselves. We need wisdom and discernment. And, we greatly need the simplicity of Christ and the power of the Gospel, the Good News. Too much has obscured our vision and suppressed or even killed the voice of Truth in the person of Christ.

Hearing, on a larger scale, is being refined within me as I pray for God to clarify my voice as it flows from my life, removing any contradiction in my sound that would contradict the sound of heaven and the Kingdom of God. I constantly think about Jesus saying that His words are spirit and life. (John 6:63) I am listening carefully. What am I looking for in the Spirit? Who am I saying Christ is in the power of my words?

The prophetic flows in sound  and image – words, visions, dreams, dance, art, music. The prophetic needs an upgrade at this time into a clear sound flowing from being in Christ. Right now, I hear a lot of remix or mashup of past sounds just for something to say – words like revival, breakthrough, etc. Then there is also a dissonance coming forth as the Old Covenant is placed on the same level as the New Covenant denying the present reality of the finished work of the cross and Christ in us. 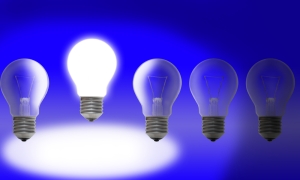 The sound of the prophetic should actually move in a New Covenant reality, confronting the contradictions that permeate an old sound of religion or an old sound of mixture. An awakening of grace is here to stay and will only grow stronger in the days ahead. While moving in the prophetic, I confront contradictions. Why? To prove my point?  No. I confront any sound, which denies the preeminence of Jesus Christ, His grace, the finished work of the cross and New Covenant reality.

Have you noticed something?

Listen carefully as people talk, expound, argue, and ferociously try to defend their words. Listen to the sound of it all.

Simplicity sounds forth in resonance – rich, clear, full. This sound flows into us, imparting to us a deep knowing in Christ. These are words of spirit and life.

Religion always complicates and adds the extraneous and the externals to its defense. It is a dissonant sound, one that lacks harmony and is simply noise. It is essential that our spiritual hearing be fine-tuned to hear what may not apparent to many. Hear the sound within the sound. 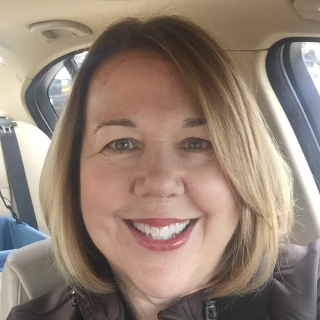